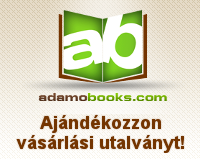 When we look in the mirror, we face reality, which is not acceptable for everyone. Furthermore, according to T.S. Eliot, “Humankind cannot stand very much reality.” But if the fundamental truth of the mirror’s reflection is unbearable for us, then do we balk at the other disgusting truths of the world as well? If the vain, through the waving glass of the mirror, sees himself, will he admit his mistake or break the mirror in his rage? Of course, we can see things as Jules de Gaultier does, saying “Imagination is the only weapon in the war against reality.” Imagination really sends us to a dream world and its beautifying power has the greatest effect on the distant memories. But does it really worth to hide in an ivory tower away from reality, or would it be better to completely live it through? In the book, this debate is presented with the help of sonnet pairs and the theme is the man itself. During the metaphoric journey through the human body, the “imagination” and “reality” confront and try to find solution, which can be nothing else but the hope itself. According to Friedrich Schiller, “Now the world becomes old, now again it is young, / But "The better's forever the word on the tongue.”

The Shake up your Life - Almanach Hámori Melinda RÉSZLETEK»